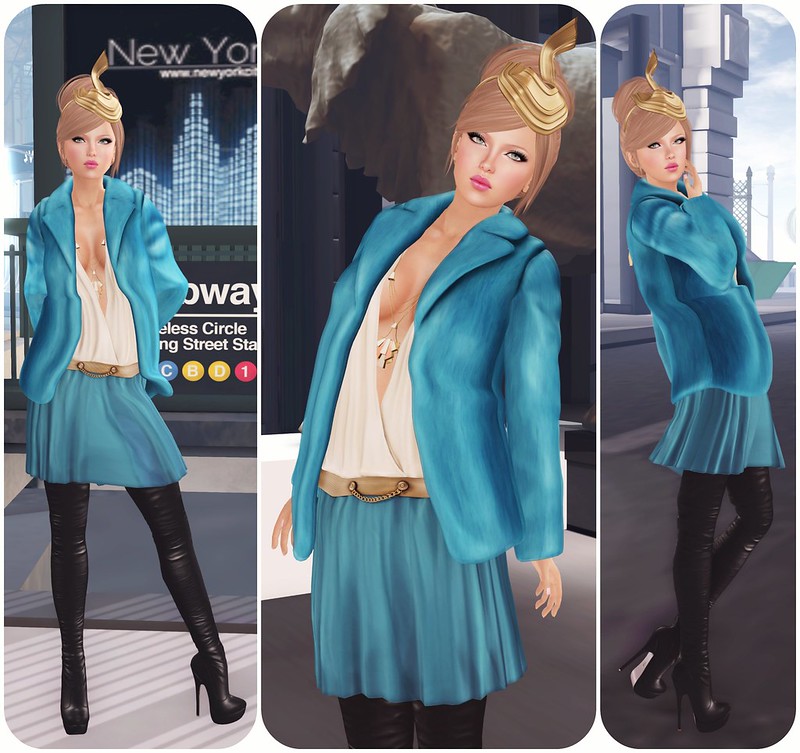 Hello! I’m at New York City today, the concrete jungle where dreams are made of, the city that never sleeps, etc. I wore a posh cold-weathered outfit with a fur coat to match the new Regency Boots from Bax. I’m really in the mood for layering and colder weather, I don’t think it’s too early for SL designers to start releasing Fall fashion!

BAX HAS NEW BOOTS. They’re truly new, and not a re-re-re-release of the Prestige boots. I was a fan of Bax until I got bored with the similar styles and recolors. I suppose I’m a fashion snob, cos I do not like when a brand recolors constantly, or adds a new detail and tries to pass it off as a new release. For me, the desire for something is greatly diminished after the first release. For example, if a designer wanted to have 50 colors and 30 different prints, do it on the first release, not wait every month a new color, yawn. Now that I’ve gotten that off my chest, let’s talk about the Regency Boots.

These boots are advertised as being “Liquid Mesh,” a term first started by Redgrave. It basically means that the boots will resize to fit your leg length, muscle, and body fat. You can see a video of it in action on Strawberry Singh’s blog. A few other brands in SL have used this method for clothing too, but the effect wasn’t that nice. I recall owning a jacket from Chillie, that had SmartMesh (their own term for stretchy mesh), and when I made my avatar’s fat really high just to see how it would stretch, the jacket became distorted. I’m on the fence about LiquidMesh/SmartMesh/stretchy-mesh, whatever you want to call it. This hack is great for some items, but most things in SL are not meant to be stretched to the max, cos then they lose their nice shape and the textures are distorted. 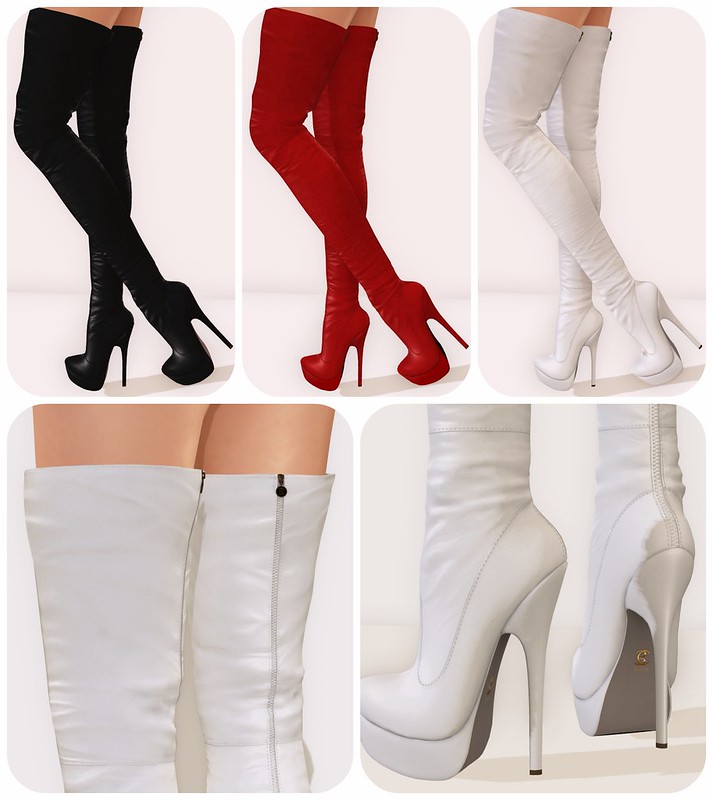 What do you think about stretchable mesh?