Not a skin review, but an observation

Normally I pass over skins that don’t have both a pretty face and a decent body, but sometimes I’ll buy a skin I’m not 100% happy with just because the good outweighs the bad. D-skin makes gorgeous faces, probably could be my top 3 choices for skins except for a few things that I totally think the creator could improve upon. I know it’s personal preference, and after asking around, most people don’t even notice the ears but I do and it bugs me. 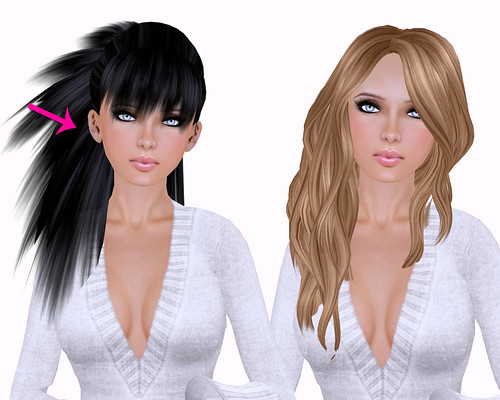 Shown here is the D-Skin #58, which has a gorgeous face but the ears are freakishly realistic. I know I could wear hair that covers it up but that’s not a good solution.

I’ve noticed that since moving to a new sim, D-Skin has released more skins and the D-Skin #60 has a nice ears!!!! But I really wanted the D-Skin #58 since the tone is a bit tanner and I like that. So I’m crossing my fingers for now, that DynamiteTanaka Payne will be updating the ears on the skin I bought.

And speaking of upgrades.. how about some new feet? These belong to the undead, I want prettier toes, please.