Even though I have tons of jeans, I rarely ever pass up a good pair! The latest release from Dutch Touch is a total must-have addition to my wardrobe. I tend to reach for Armidi or Last Call jeans most of the time but they don't have anything ripped! Dutch Touch jeans are so sexy and perfect for the newly released Gwen hair from Exile. 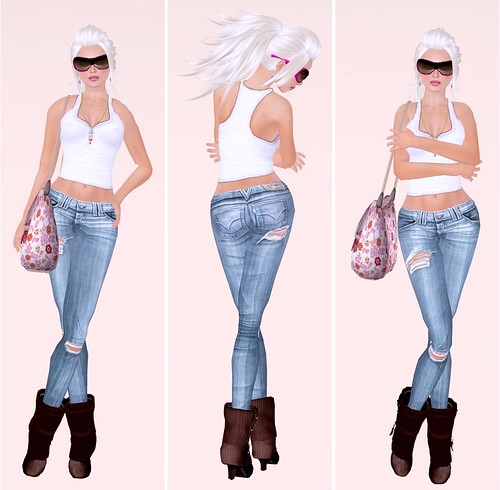 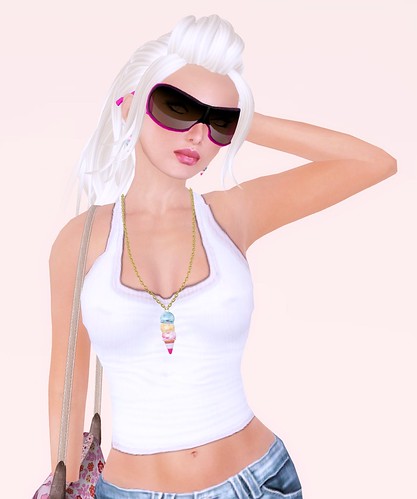 And if your avatar is feeling cold, throw on the latest release from AOHARU! This adorable Down Jacket includes sculpted attachments and the best little fur-trimmed hoodie ever. 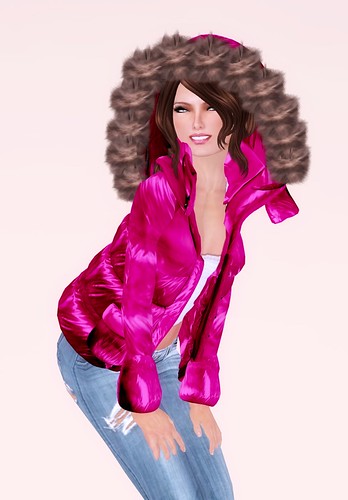