Clothing Fair 2009 ends today, so if you haven't gone yet, take a quick fly around because there are some limited edition items and besides, it's for a good cause! Well, some of it anyways! I made a rule for myself that I would only purchase items inside RFL vendors so the proceeds would go to charity, but that was so hard this year! Unlike last year, I have even more stuff so I didn't want more of the same items. 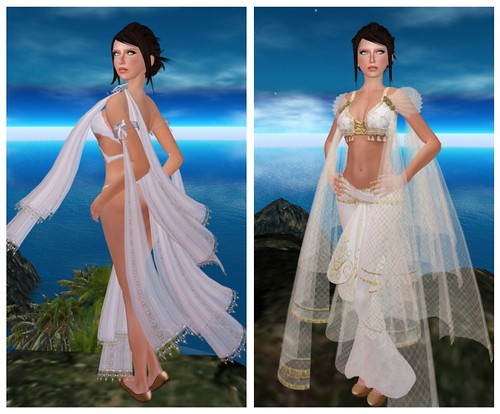 I did purchase the fantastic *tal* RFL Limited Edition Marishka silk outfit which I love. It's silks, but not revealing at all, there are actual pants!! I saw these on Sai Pennell's blog entry and she I thought hmm… that's cute so I purchased one, and it looks even better in person!!

And I did break my own rule about purchasing from RFL vendors only when I stumbled into Haven Designs and spotted the yummy white Dara Silks outfit on the wall. I really dig these outfits because they're revealing but unlike other silks where it's literally just 1 piece of long flexi covering the crotch, these look like they could be the traditional costumes of some sexy tribal women. 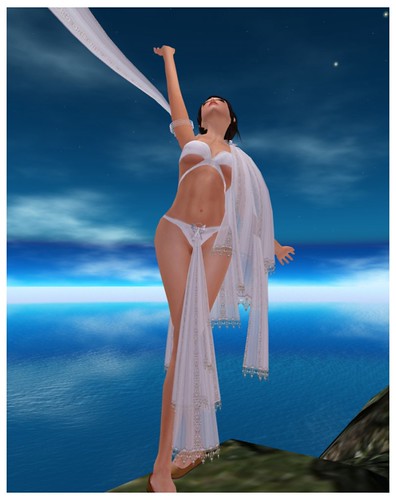 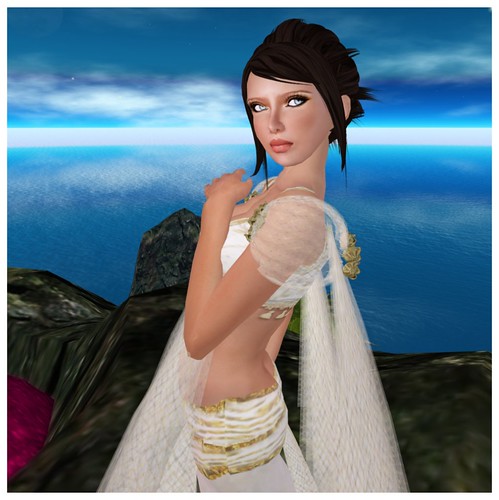