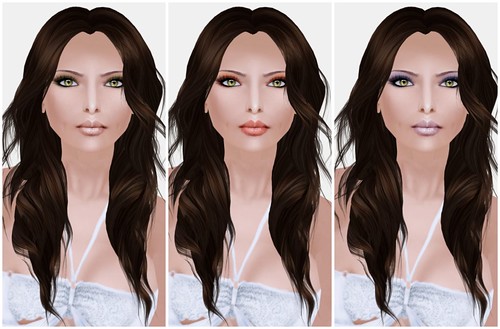 New skin designer Jade Glazner has just released two more faces for her Black no. 1 skins brand. This brand is off to a great start with the faces and makeups available. I think they'll appeal to those that like heavier shadings on the cheekbones and body. 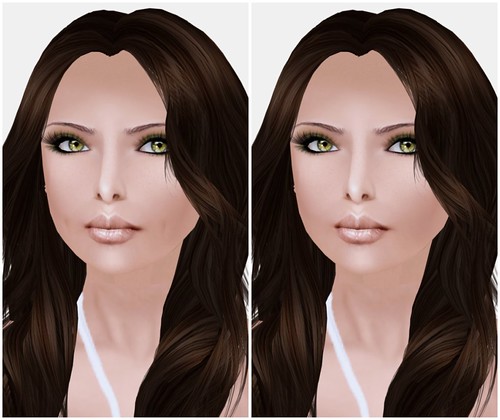 Shown here is the Corellia skins in Med-Light skin tone. This skin has 5 makeups and two versioinis: with dimples or without dimples. I think the face is a bit more mature, slim, and makes a great Brunette. 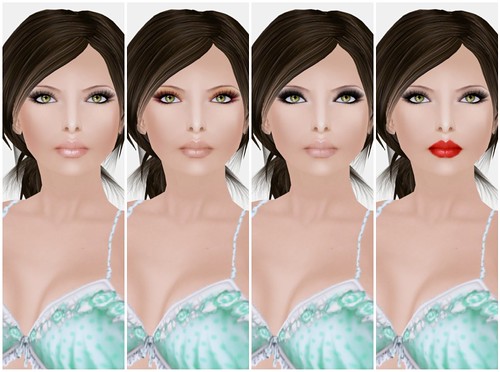 This is the Ana askins, and has 10 different makeups and to me, it's not as realistic as Corellia but the lips are very well done.

I'll be looking forward to more to come from this new skin designer! 🙂