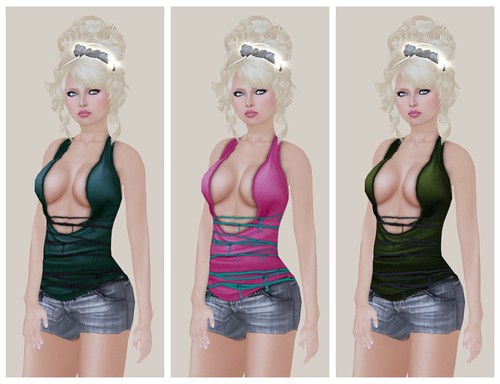 Plastik has just released the ultra sexy Inifinity tops. I love the cleavage & loosely tied ribbons around the tank top, it totally adds interest to the design. Each top also includes a sheer version, if you want to get even sexier. 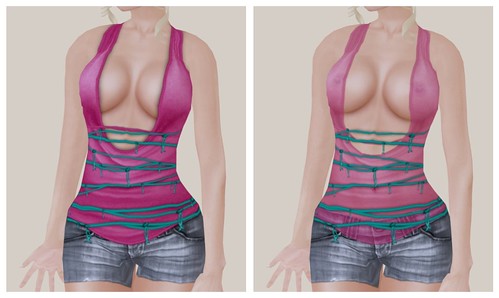 One flaw I did notice on the opaque version of the top is the alpha channel near the shoulder/underarm area not being well done. There's some shadow there which doesn't look good at all! On the sheer version, since there's no shadow, the alpha channel is much cleaner and perfect. It's not too visible, but I notice everything since I play with a lot of poses where my arms are raised. Most people probably would never even notice this. 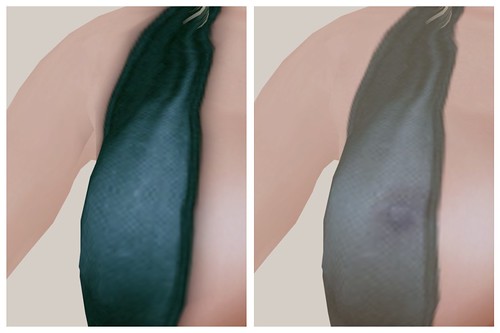