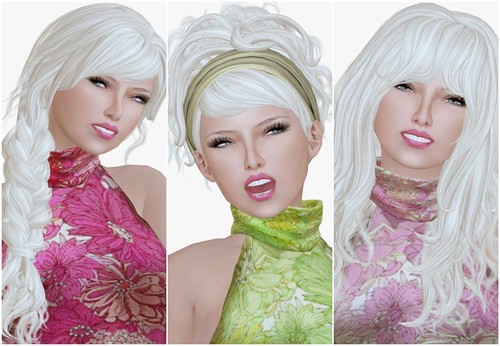 Truth has just released 3 adorable new hairstyles!! I love all of them, as usual. I love braids, head bands, bangs.. they’re all super duper cute.

I thought I would be over the ~smile~ emote today, but I’m still loving it. So hello Second Life, this is me abusing the emote again. CHEESE!

I have to get something off my chest. Truth names his hair after people who have suggested hairstyles or friends or random pretty names. Well, I saw someone say they would not wear the Lizzie hairstyle because it’s named after Lizzie Lexington (or maybe that’s just a coincidence?). All I have to say to that is, don’t be petty! Cos when stuff is named after people I don’t care for, I still wear it. I won’t deny myself a cute hairstyle. And there’s plenty of items named people I don’t like in SL, should I avoid those items to punish the creator(s)?

Anyways, get over yourself.

The Lizzie hairstyle from Truth has adorable twin braids. Also, while you’re there, check out the Gogo hairstyle!! I spent forever there looking for my hairstyle so I could purchase it in the Swedish texture. I don’t have a bunch of Truth styles in Swedish Blonde cos they were older releases, and Swedish Blonde is a fairly new texture. I wish there was a big fat Swedish Blonde pack you could buy for ALL Truth hairstyles. 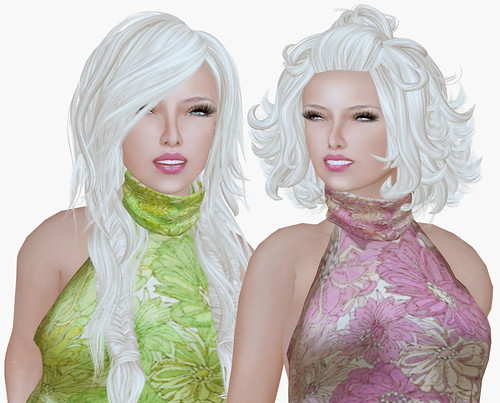 So yeah, buy cute stuff cos it’s cute. Who cares what it’s called? Cos you know what? I wear stuff named after YOU* all the time and I don’t like you.

If you like the top I am wearing, it’s the couverture Chiffon Halter top and it’s so sexy! The top has a gorgeous flower print and all sculpted.

*You = All of you who have things named after you that I don’t like, not anybody in particular.