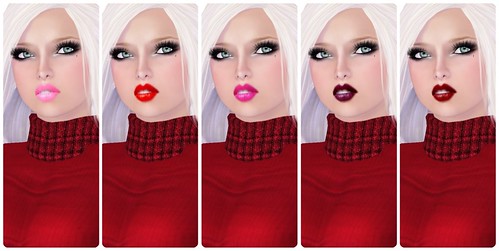 After I linked to my Ruthed.com post, a couple of people went out of their way to leave Anonymous “hate” comments that was neither necessary nor relevant. I have no issue with Yoko Leeroy’s pricing at all — in fact, I talked to her today, and now I have a clearer understanding of why her Pick was worded that way. It was rude, but she said that some fellow creators sent her IMs saying she was ruining their only source of income — which sounded familiar to me. When Eloh Eliot first released her skins PSD, some people also had the same outrage. And look where we are now? The skins economy is not ruin, and in fact, we have even more brands to choose from than before.

I am happy when I can talk things out with people who may offend me at first glance. I can’t say the same for some of you guys in SL though, who went out of your way to IM Yoko after my link and said, “I can’t believe what Gogo did to you!”

To people who went out of your way to IM Yoko, LOL @ YOU. It got you into her shop didn’t it?  Shame on you, for trying to fuel the fire 🙂

Yoko thanked me for her extra sales today 🙂

Fashion, Uncategorized, What I think