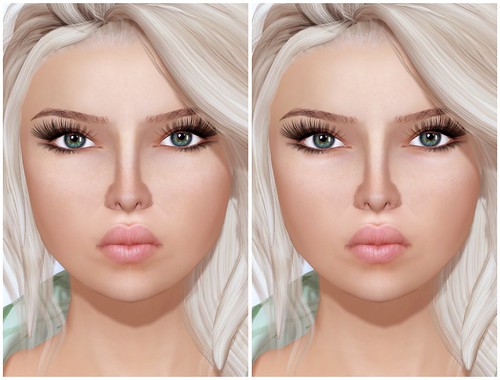 Here’s a preview of the upcoming LeLutka Gem skin that will be released this Friday. If you’re a fan of the Kit skin released about two weeks ago, you will love Gem! Between Kit and Gem, I totally adore the Gem skin on my shape more, though the face is similar.

Have you noticed more skin designers are selling “skin packs” now, rather than selling individual skins? LeLutka has moved towards this direction by selling packs of skins that includes all the options so you can wear it alone or as a base and purchase add-on makeup packs to customize your look. 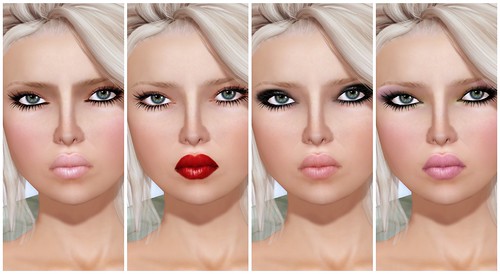 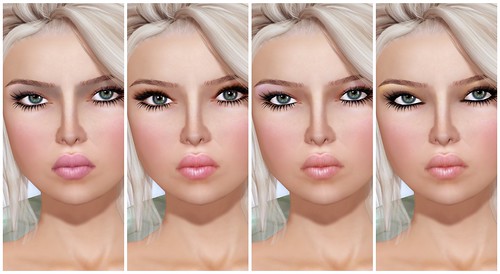 The new Gem skins will be sold in two packs of four makeups each. Each pack also includes a base skin no makeup so it can be worn underneath add-on makeup packs very easily. Included with each Gem skin pack is two brows (Light and Dark) version, Eye bags tattoo (I love this so much!), Breast Enhancer tattoo, Blonde and Dark hair base tattoo, and a pair of sculpted LeLutka 2011 lashes/curl. 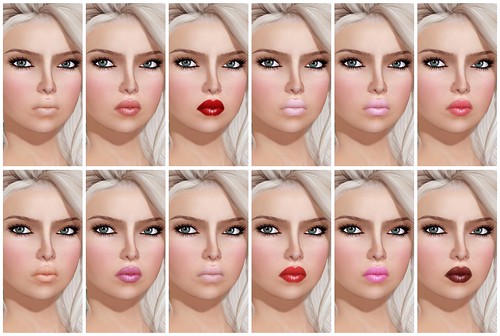 This pack of 12 tattoo lipsticks for Gem are sold separately, but they may work on Kit and other skins too (demo first!).

I’ll try to show the other add on packages at another time, but they’re absolutely stunning! There will be eye gems, fancy feather lashes, and eyeliners released on Friday as well. 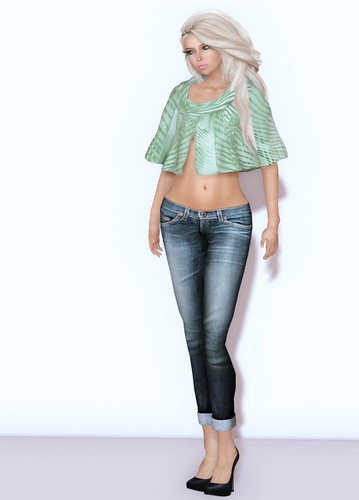