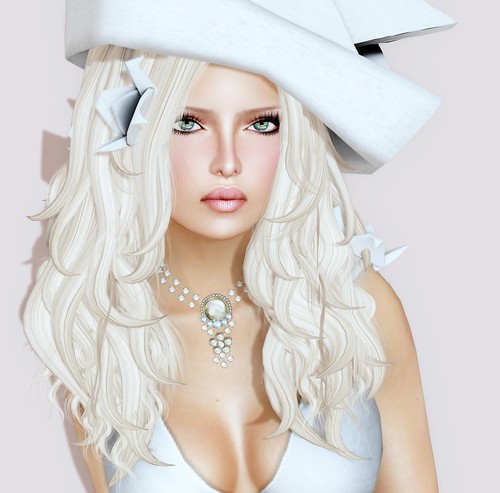 I had planned on a longer blogging hiatus to catch up on some Pose Fair preparations, but two people said they missed me!! Awww. I love you guys forever 😛

I bought this adorable Tangled Origami hat hairstyle from Intrigue Co. at PCF, but I removed all the hair prims and wore it with a Milana hairstyle. I’m picky about my hair, what can I say? It’s still cute though, and for a good cause! 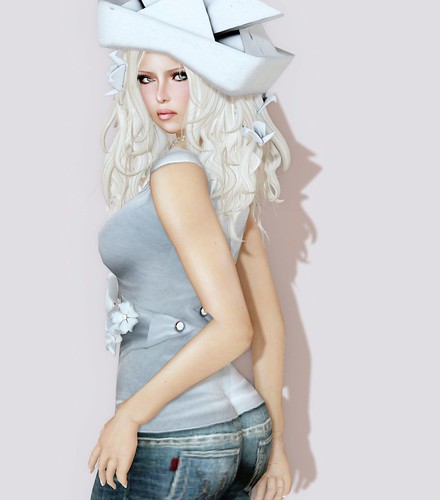 Zaara released this new Zayba cross top (I’m wearing Snow color) – it is gorgeous from the front and I really love the sculpted flower attachment and cute little buttons. Maybe I’ve never noticed this before, cos I don’t really inspect Zaara’s work too closely (she’s usually amazing) but I noticed that the seams on this top was really noticeable, especially on the side, and a little bit on the front. 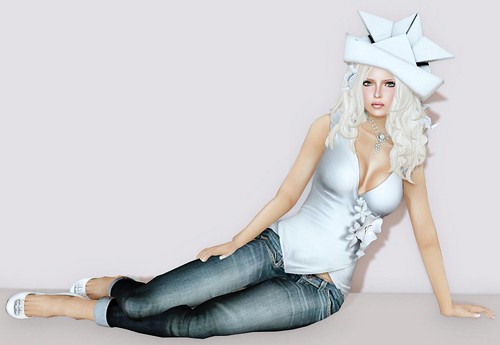 The Zayba top is still adorable though, just don’t turn sideways 😛 I think it works perfectly with my Origami hat.

Here’s a couple of events that are either ending, or starting, that you should not miss this week!