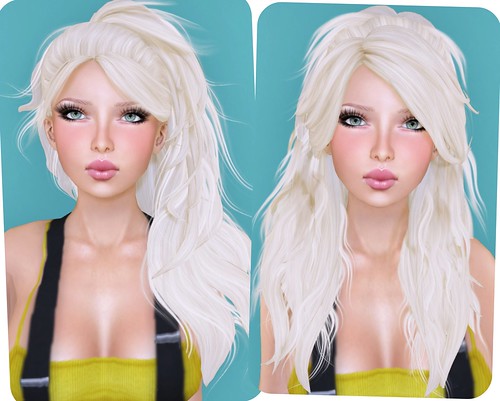 Exile has just released two new hairstyles! There’s also a mesh hair group gift (not shown) so if you’re dying to try some mesh hairstyles, check that out! 🙂 I love these hairstyles, they’re so casual, a lil’ messy, and totally girly. 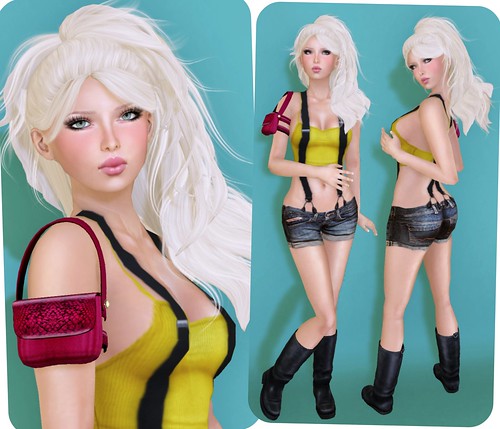 I’m wearing the new Suspenders (on Jacket layer) from RezIpsa Loc. I think these suspenders are so adorable, and I was really excited about them when I saw them! 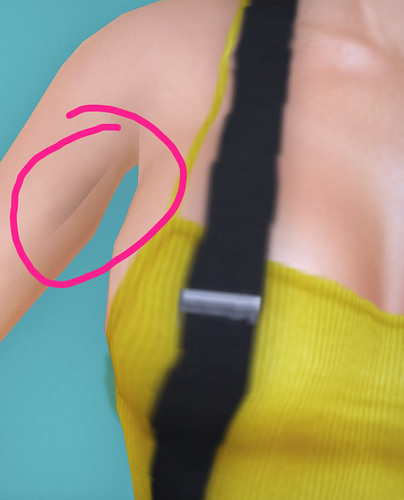 However, I did notice some texture bleeding on the arm, eeeek! This is an easy fix though, so I hope it is fixed cos it’s noticeable in some poses where the arms are lifted.