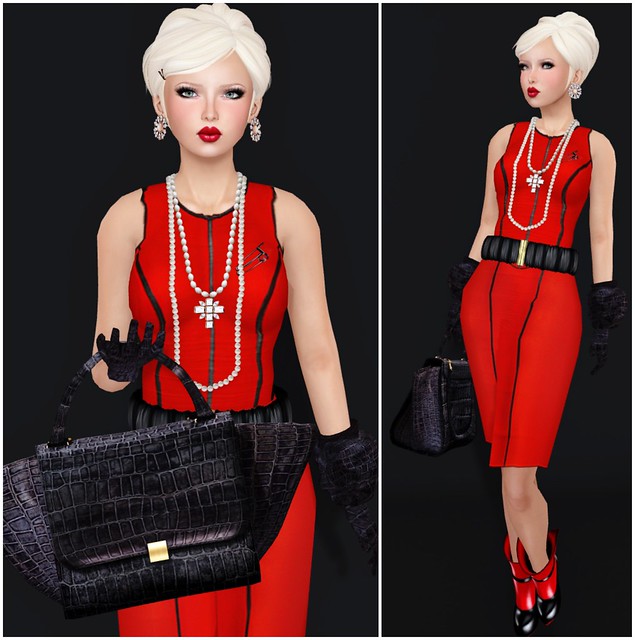 I don’t often wear system dresses (or skirts), but this look just fell together, and it’s so very classy. The new Curve dress from LG Femme includes a sculpted belt with Gold or Silver accent. I’m wearing it with the Mino`aka shoes from R2 (available at Collabor88), and accessorizing with the LaGyo Adele jewelry set, LaGyo Zarema Gloves (in Croco Black) and the new LaGyo The Desperado bag in Black.

Check out LaGyo for a group gift! (The Desperado bag & Zarema gloves in Dappled texture)