How to sell Lindens

Do you know how Market Sell vs. Limit Sell differs? If you don’t, you’re losing money every time you cash out your Lindens. I discovered back in 2007 after selling Lindens a few times, that I could set a better rate than what’s offered by default on the Linden Dollar Exchange.

First, go to L$ Exchange Settings in your SecondLife.com dashboard and change the Interface Mode from Basic -> to Advanced. 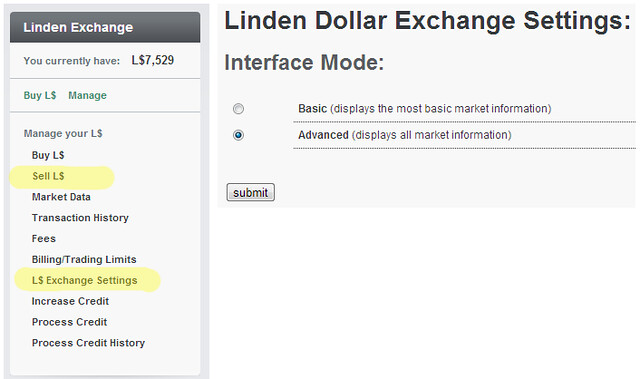 Then go to the Sell L$ page and look at the Open Sell Orders at the Best 20 Rates, and decide what Exchange Rate you want to sell at. I typically sell at L$248/$1.00US (sells almost instantly, if there’s less than a million Lindens listed already), or some people sell at L$247/$1.00US and the wait may be a few hours to a few days. Any exchange rate higher than the usual lowest rate or not listed there, will sell instantly.

For example, in the picture below, you’ll see that there’s L$330,736 listed for the L$253/US$100 rate, and that person could have listed for $248 and sell instantly, but for some reason they didn’t (and losing money in the process). 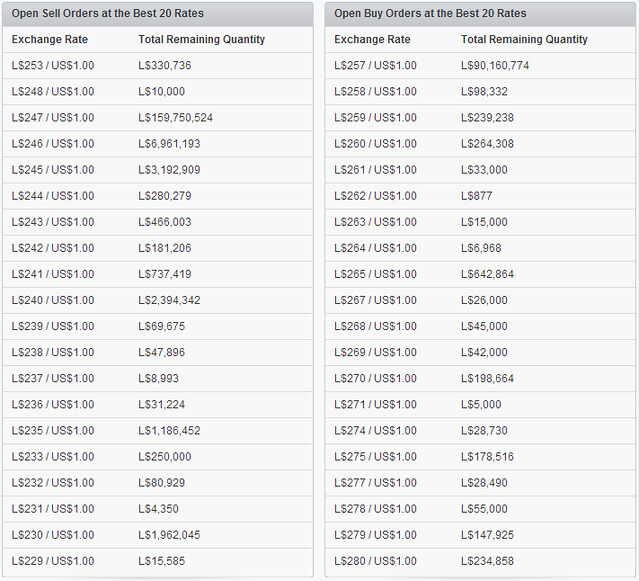 As a seller, you want to exchange the least number of Lindens for $1USD. The same concept can be applied to Buy orders, except in the reverse. You’d want the most Lindens for your $1USD if you’re buying. 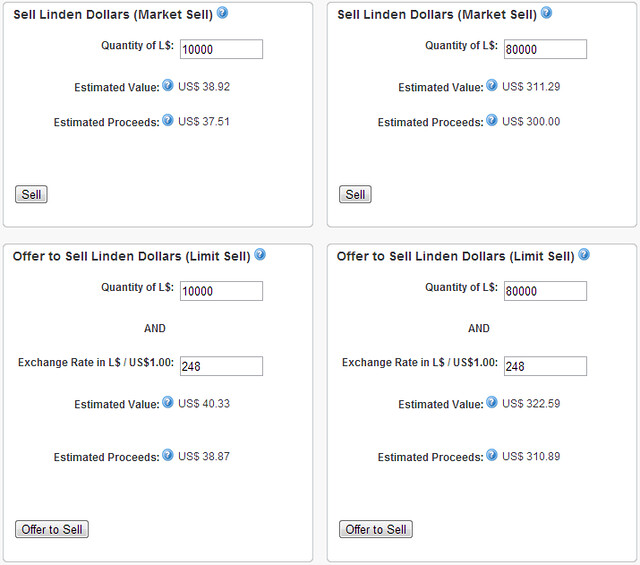 That’s not much of a difference, but what if you’re selling hundreds or thousands of Lindens per month?

Think of how much money you could be losing (or gaining) if you used Limit Sell to your advantage!

Did this tutorial help?