The Elephant In the Room

Thumper’s dad was wrong. I know we all learned “If you can’t say something nice, don’t say nothin’ at all,” whether from Bambi and Thumper or our parents. Gogo asked whether we agreed with that statement the other day. I absolutely disagree.

There are situations where casting about for something nice to say is ludicrous. Yeah, that Ted Bundy may have been a serial killer but he sure had nice hair. Tell me something nice about slavery. If people followed that guide, the world would be in a terrible state. We need the people who say something about terrible things. They are the ones who change the world. 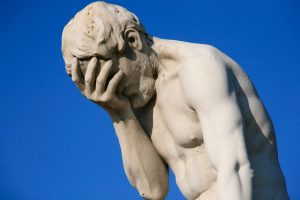 However, I do think the saying is applicable a lot of the time, but I also think most people misunderstand it. Most of the time when people say “If you can’t say anything nice, don’t say anything at all” they really mean, “If you have even one negative thing to say, shut the hell up.” To that, I can only respond with…

First, let’s review a few terms because some folks need a new dictionary. I went to the OED.

What Gogo offers at JuicyBomb and what makes her a successful blogger is that she offers criticism. She has asked herself who she wants for her audience, the designers or the consumers and has chosen the consumers. There is no unearned praise in hopes of getting more promotional items from designers. Designers are not her audience.

However Gogo is Thumper after all. I have yet to read a blog post from Gogo where she does not have something nice to say. Even the posts that resulted in shit storms of hurricane force included several positive comments about the items being critiqued. It’s just that some people think that only positive opinions are allowed, but they are wrong.

I like the way Gogo critiques items in her blog. She does not say “this is crap.” I think we should all know by now that if something was crap, she would not blog it. Have you ever seen her shoot herself looking terrible? It’s not going to happen. 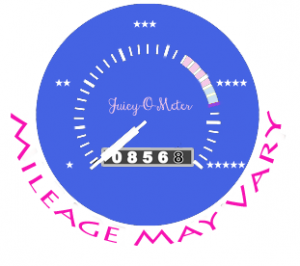 Gogo offers criticism – in the artistic sense. She assesses the good and bad qualities of an item and reports them as accurately as she can. When something is objectively wrong, such as the fabric not lining up at the seams or the inside being alpha so that people see gaping holes from different angles, she reports that. If something is subjectively wrong, she points out that this is based on her personal taste which may not be the same as yours. If she does not like mature skins or big eyes or bold prints, she admits out that her critique is based on personal opinion and that mileage may vary.

Of course, criticism stings. Even if it is something minor and even if it is wrapped in layers of praise. It is human nature to ignore the 93% good and focus on the 7% bad. That’s why we lock our doors and hire policemen. We are hardwired to focus on the negative. However, I think that means we miss a lot of opportunities. Especially if we are designers and creators.

Criticism when it is well done, when it is specific and detailed, is the most useful tool a designer can have to improve and grow. It is a gift, if only people would stop complaining long enough to unwrap it. The most successful creators in Second Life are not stagnant, they improve constantly. They send out works in progress for advice. They listen to criticism and separate the objective from the subjective and use it to make their products better.

And that is good for all of us.