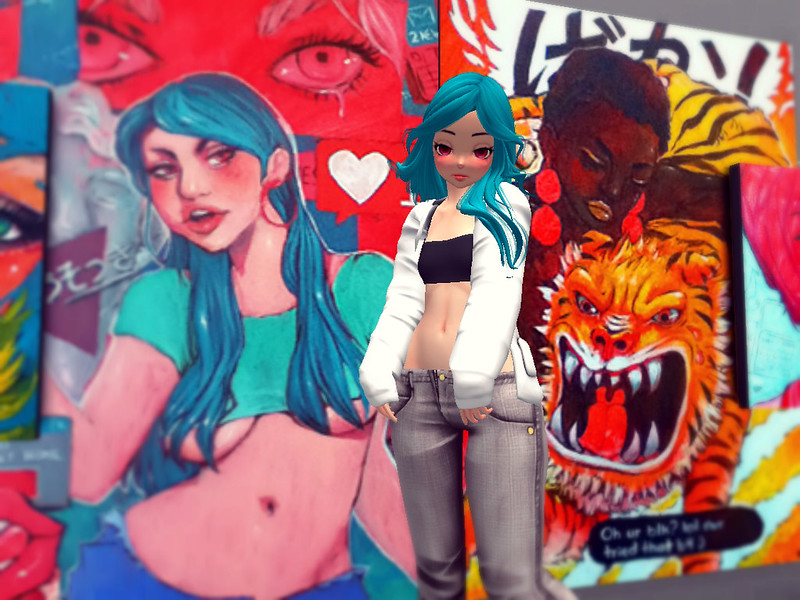 Hi! It’s been a while since I’ve written, right? Well, I’m back in SL (Whiskey inspired me to return) and here to show you something awesome I’ve been doing.

First of all, I look way different! I’m wearing the Kemono avatar and the M3 anime head from Utilizator so I look more like these cartoon girls behind me. But why match them, you ask? That’s because I’ve been painting them!

I recently won and art fellowship with Red Bull, where I’ve been given a couple of months to create a new body of work. At the end of the fellowship, I’ll reveal all of the pieces at an opening in Detroit, Michigan. The internet has influenced me a lot as an artist, so I decided to focus on the net and women in general for this collection. I’m especially interested in online avatars, Tumblr, and how women express themselves (artsy NSFW warning) through these mediums.

Throughout the collection, there’s also commentary slipped in about the crap women put up with in dealing with sleazebags, dating disasters, subtle racism, and all the fun stuff that comes with not being at the top of the social food chain.

Here’s a picture of me painting Airedine, of the now-defunct store Adore & Abhor: 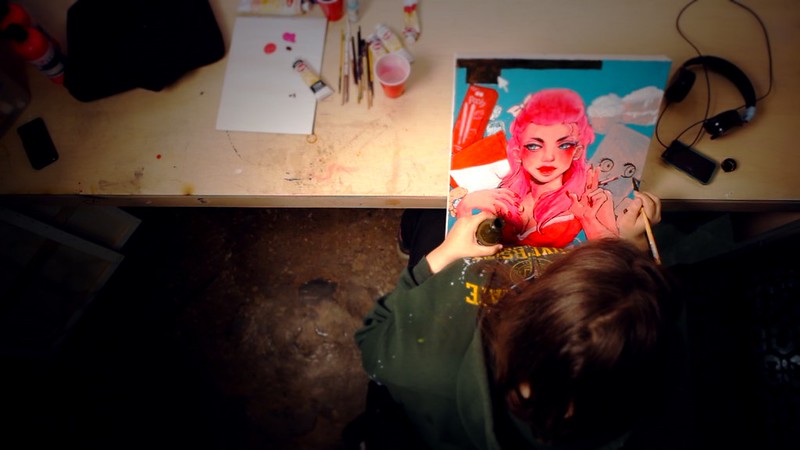 I picked out a couple of avatars (and their real-life counterparts) to work into the exhibit, as well. Not everyone will fit in this round, but I’m going to be painting in this style for a while. It’s been great painting inspiring avatars in this collection, because I get to work in an aspect of that player into the painting. I’m looking forward to meeting even more people to paint in the future.

How has the internet influenced how you express yourself? Who do you think is more attractive–you, or your avatar?

If you want to grab some of the paintings I have in-world so far,  (FOUR! I can count!) of them are available. Nine more will be added next week: 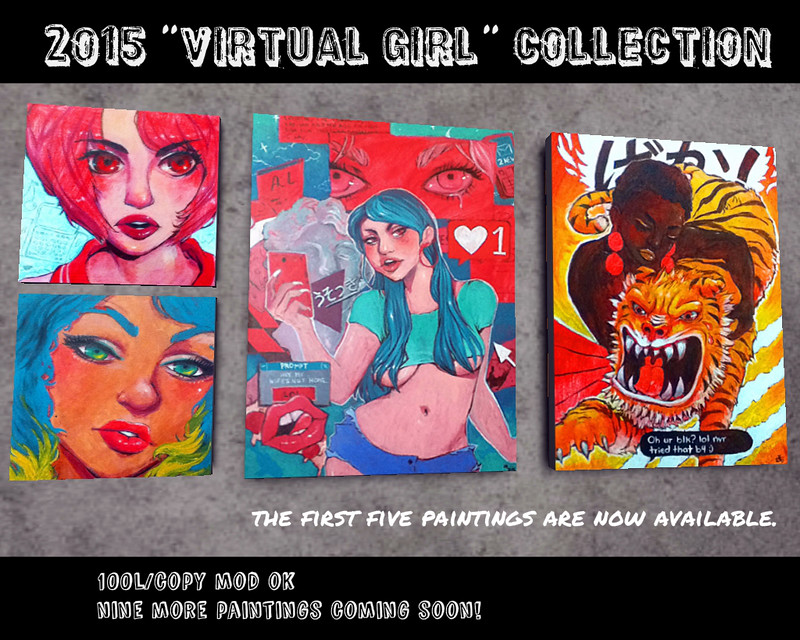 You can buy them by visiting my store here!