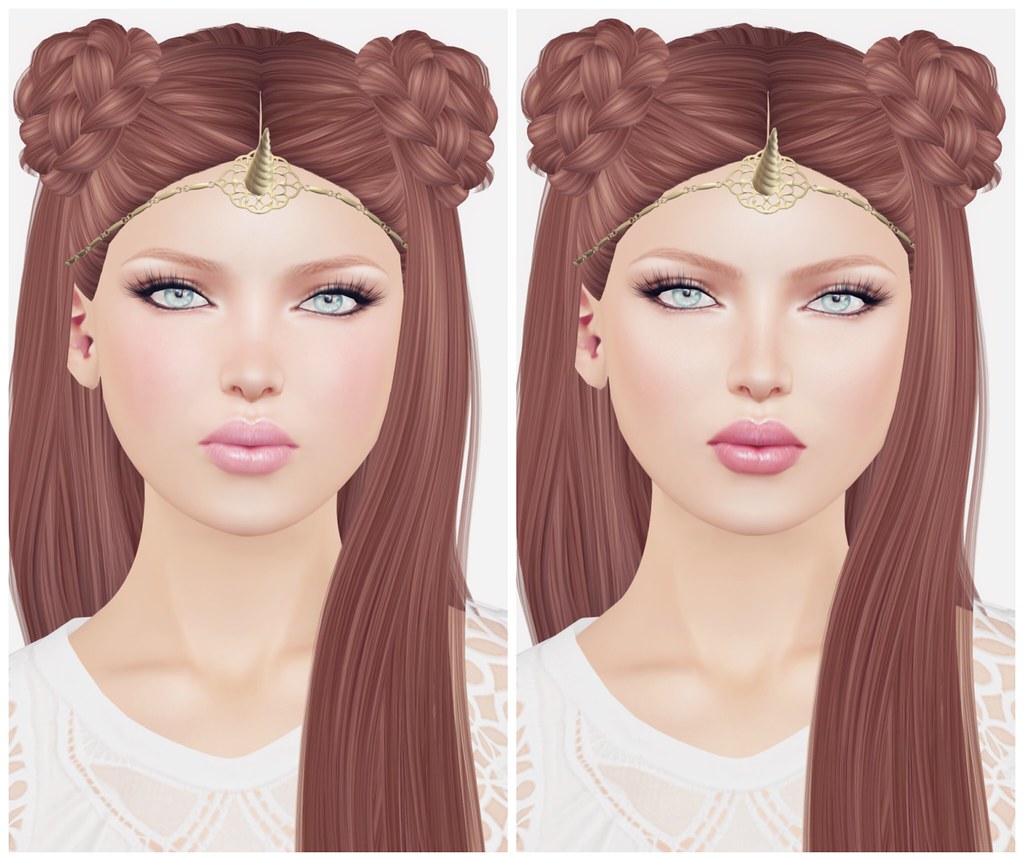 What do you think of when an item is called system (ex: system skin, system shoes)? In Second Life fashion terms, it can mean basic and dated. I have noticed that some skin brands have decided to call non-mesh head skins classic skins instead of system skins. This is a brilliant way to distinguish between mesh and non-mesh, without saying one type is better than the other. Classic is good, desirable, and timeless. I like that some brands still offer classic skins alongside skin appliers.

Pink Fuel just released two new classic skins called Mori and Morgana. Mori is an entirely new face, and Morgana is a classic skin release of the previously released Morgana mesh head appliers. I like Morgana on my shape, cos I can tweak it my way and make the face work for me. 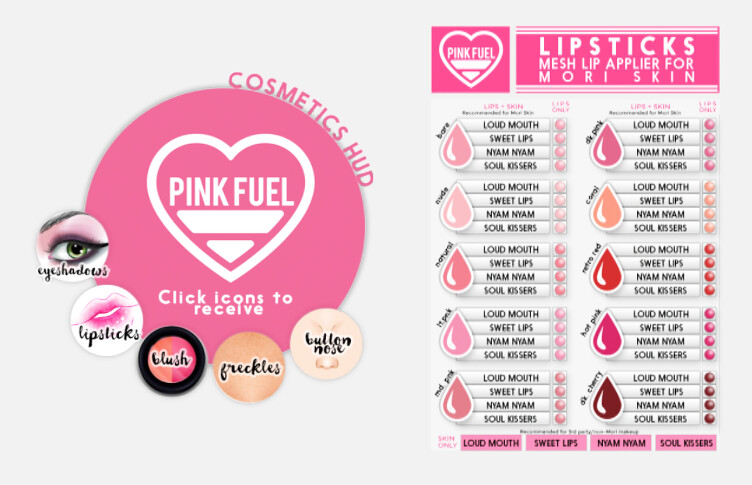 Both skins comes with eyeshadows, lipsticks, blush, freckles, additional button nose, and a separate HUD with appliers for mesh mouths. I haven’t found a mesh mouth that I like, but this is a wonderful addition for people who use them in photos.

Do you still wear classic skins? Even though I wear mesh heads a lot cos they’re shiny and new, I like to keep my classic avatar updated with all the latest items since I know that it’s uniquely me.