In Defense Of Ryan

So, who called for Ryan Schultz to be banned from Second Life and Sansar for correctly reporting that Sansar was due to be shut down after a round of layoffs? Who did that? You owe Ryan an apology.

The poor guy was reporting on what he knew. He got a reliable source that said shutdowns were happening. Despite the shortage of comments I found on his blog entry about it, he says he got a lot of backlash and someone calling for him to be permabanned from Linden Lab’s social worlds. How petty! What a trifling thing to do, especially when he was right all along.

Look at today’s announcement. You really think Sansar’s going to come back strong and have another EDM concert featuring a famous dj?

The landscape of online social worlds is changing, and with it, each game loses its grip on its hold of the media. There are many rivals now, and Second Life isn’t even the first choice for Millenials and Zoomers to pick from in playing.

Sure, you can have a paid mouthpiece for press releases and info, but that isn’t the same. Readers aren’t stupid and they know when they’re being fed information.

So for the person who was a bully towards Ryan, let me warn you about why you’re playing with fire on trying to threaten individual bloggers.

The Media Isn’t Your Personal Toy

Before we begin, let me preface this with my own media experience: I’ve worked for a news outlet and opinion rag in my rl career field, I’ve been on tv to field criticism about things I’ve written, I’ve published articles for major news sites, and I’ve also been the one who had to play the game of desperately trying to get a journalist to be interested in my press releases. And one thing that is very true–the media is like a wild horse that you cannot control.

You cannot control a journalist because they are on a constant journey to find the truth. You cannot bully them into doing anything because they’re going to remember what you did. Even if you’re trying to do so unofficially on behalf of a larger company, that journalist will still remember and it will either strengthen or sour that working relationship.

They are out to deliver their news. When you give them press releases, the journo will first sort out if they even want to publish it. They might not have time to at all. They’ve got a slab of stories they need to get to first, and yours will be up if they can fit you in. I remember once delivering a tip to a journalist and they took an extremely unbiased slant on it. At first I was offended, but then I realized it would get more views that way. These guys know what they’re doing, so let them do their thing.

Journalists have their bad days and when they step out of line, they get it from their own readers. That criticism is warranted when it comes to a journo’s bad behavior. But reporting what you see when the facts roll out? Every writer out there is entitled to speak on that. You can’t stop it.

If Second Life has more incidents of bullying journalists and bloggers, do you think these writers will bother with this game anymore? Nope. They’ll pick up on VRChat, Rec Room, or any other social game that’s on the exciting edge of tech. They’ll report on stuff where the youth are, because people always want to know what younger people are doing.

And I hate to tell you, but us SL players are getting older. We don’t have that going for us anymore. Not even our avatars will fool anyone now.

What We Owe To Each Other

It’s been an unspoken tradition with criticism delivered about Second Life, for nasty comments to pile in from strangers on news sites and blog posts. Stuff that seems to come out of nowhere, with a peculiar air to it. These comments admonish the person who gave the criticism with the intent of bullying that person and trying to get them to be silent.

It’s a pathetic tradition that needs to stop. There’s way too many new games out there for SL to compete against now for this stuff to continue. What are you going to do, bully all the kids hyping up Second Life’s rivals because they’re actually being able to stream those games on Twitch?

Calm down, sit down, be an adult. This isn’t going to work anymore. It’s time to change your game plan. 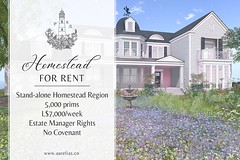 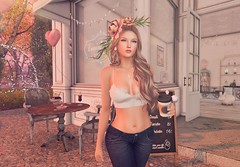